Visual inspection of the sensor after 3 weeks of use did not reveal any swelling or moisture expansion of the PCB material. Also, the paint on the sensor is still intact and did not wear out. However, while removing the sensor for inspection, I noticed that sensor readings are heavily affected by the immersion depth of the probe. Once pushed into the soil, you should never change it’s position!

Based on my experience with other battery driven TinyTX sensors (Temperature/ Humidity), I expect a battery life of about one year.

Thus, this setup seems to be suitable for long-term soil moisture measurements.

After two month of testing, I can conclude that this sensor type  is very suitable for soil moisture measurements in contrast to the resistive sensors, which can be affected by corrosion. Its analog signal reproducibly reacts after watering as it is shown on the plot below. However, the signal/ peak height depends on the size of the flowerpot. It may take some time to spread the water by capillary force. 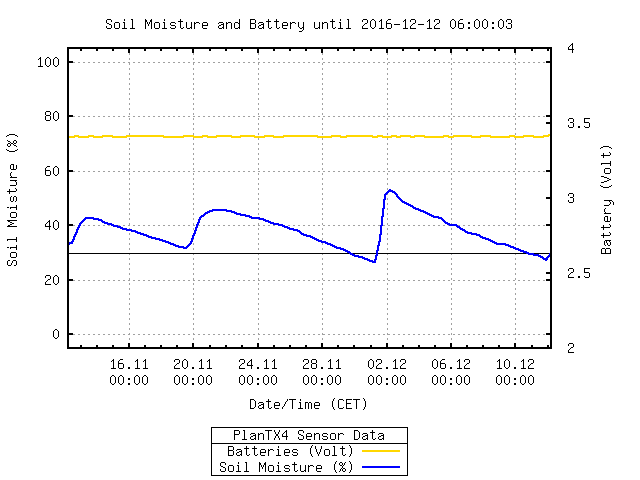 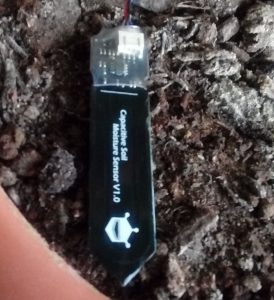